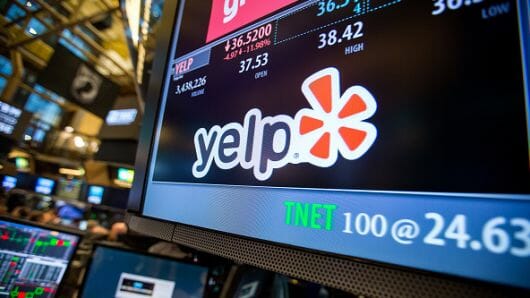 Yelp is getting creamed by Wall Street today. The food review site’s shares cratered a disastrous 30% this morning with no recovery yet in sight. The cause of this came yesterday when Yelp revealed that not only had their third-quarter earnings fallen short of Wall Street projections, but they had added exactly zero new advertising partners for the quarter.

Yelp recently switched their advertising contract format from long-term contracts to flexible, nonterm contracts, prompting many advertising partners to jump ship. The cancellations were anticipated by the company, but that was also on top of a lack of gross customer adds. Yelp’s reported revenue for the quarter was $241 million, a few million shy of the $245 million projection. Due to these setbacks, Yelp has been forced to slash its yearly revenue guidance range from $952 million to $967 million to $938 million to $942 million.

Yelp’s stock is currently valued at $29.33 per, which is the worst the company has done since 2012. On the company’s earnings call, CFO Charles Baker said “We do not believe that there was any one single factor behind the new sales shortfall relative to our expectations. Instead, a number of smaller, compounding issues arose, including slower-than-expected sales head count growth, a change in advertising promotions, a technical issue in flowing leads to our reps and a lower success rate in contacting business decision-makers by our outbound sales calls.”