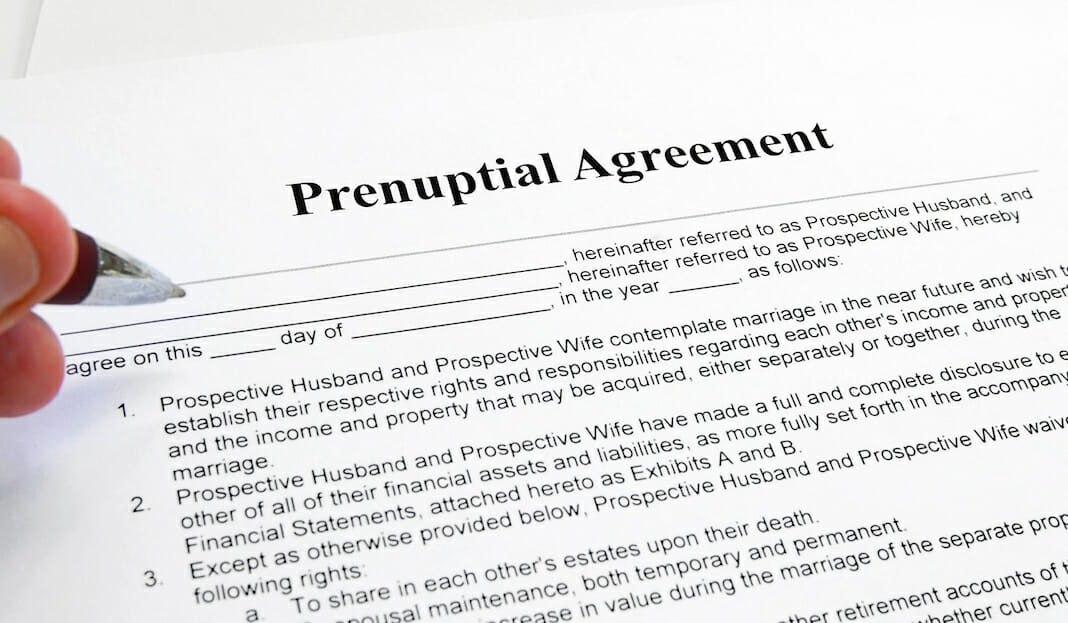 A prenuptial agreement can serve as a great financial parachute in many general situations.

While prenups aren’t often the first thing on newlyweds’ minds, they are often more than worth considering. According to Ylisa Stanford, a private wealth management professional, there are three reasons why an individual would absolutely need a prenup. The first situation is when someone is bringing children into a second marriage. Marriages that see several families become one can lead to very complicated financial situations. In these cases, unintended family members can end up with one of the spouse’s money.

Second, if one of the spouses going into a marriage owns a business, that is reason enough to consider a prenup. Business assets and even intellectual properties can be put into prenups. This is a common sense measure that can ensure that a family business will not be destroyed due to an unexpected divorce or death.

Lastly, and perhaps most predictably, a prenup should be considered when there is a disparity in assets between the two spouses. The disparity doesn’t need to be very large, but it can justify considering a prenup a necessity.

Prenups are not the most romantic topic of conversation, but they are becoming more common. As millennials build up their financial life first and marry later, prenups become more mainstream.