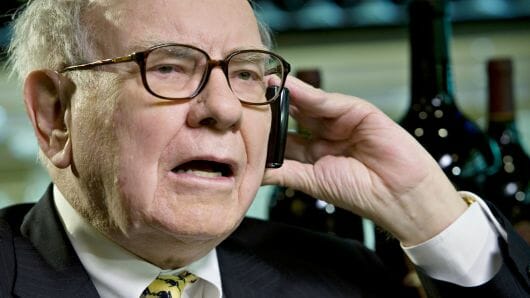 With Apple’s recent turmoil in the stock market, investors are sitting on both sides of the fence; bullish and bearish. In order to evaluate if Apple has now become a bargain or was merely overpriced to begin with, we will take a look at the recent sentiments of one of the most prominent investors in Apple, Warren Buffett.

Given that Berkshire Hathaway lost several billion on its stake in Apple in just a few months, one would expect Mr. Buffett to be vocal about it. While he hasn’t spoken publicly on his views on Apple since the plunge, one only needs to look into his recent interview with CNBC in May 2018 to know exactly how he feels about the event. During the interview, Buffett stated that nobody buys a farm based on whether or not it’s going to rain next year, you buy it because you think it’s a good investment over 10 to 20 years.

One can only speculate that perhaps the reason why he has been silent on the issue is that he thinks that the recent plunge is nothing more than an afternoon drizzle rather than a thunderstorm. Given that Buffett is right most of the time when it comes to investing, investors should take his advice seriously and not dismiss it in favor of short-term inclinations.