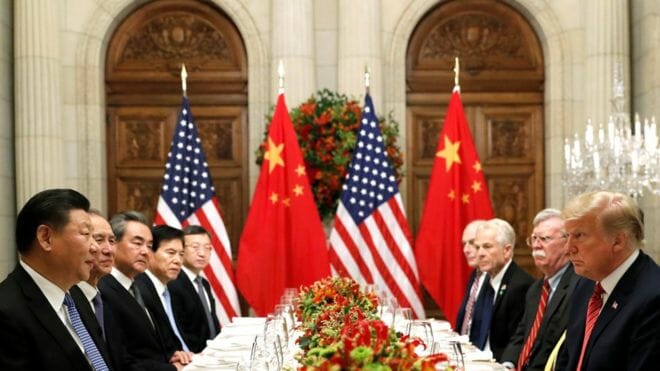 Stocks have been bouncing up and down over the course of the trade war between the US and China. While the recent agreement of a 90-day truce seemed to cool things somewhat, the arrest of a Chinese technology executive has sent things spiraling once again.

Meng Wanzhou, CFO of Chinese telecom giant Huawei, was arrested in Canada at the request of the United States. This occured on Saturday, which coincidentally (or perhaps not) was around the same time President Trump and President Xi Jinping were agreeing to the trade truce. Supposedly, Meng was wanted by the United States for extradition, though the officer that arrested her would not divulge his actual reason for doing so. Meng herself has apparently ordered a publication ban on the details of the event. A bail hearing is set for today, though it is expected that Bejing will place pressure on Canada to release Meng without the US’ go-ahead.

While Wall Street has not experienced any major drops since the last one a few weeks ago, growth has been notably limited. Growth in the energy sector, crude oil especially, has been stagnating, likely due to relations with Iran. We can only hope that once the matter with Meng is resolved, the trade truce can do its job and everyone can recover.

In this article:china, economy, stocks, trade war, us, wall street