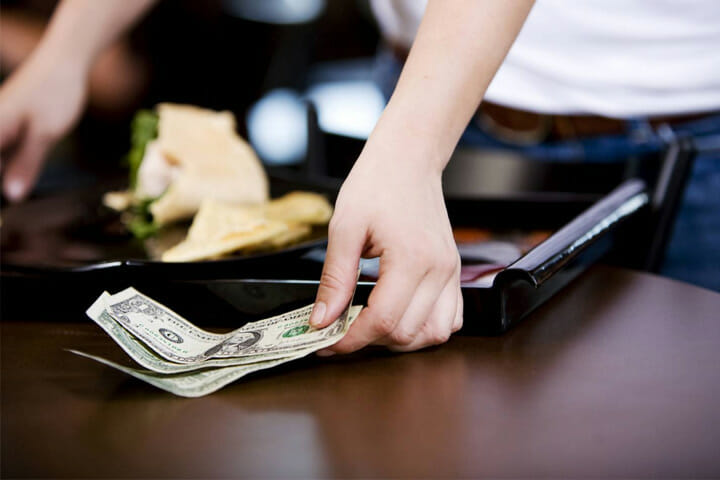 Let’s set up a scene – you just finished a great meal with your best friend Taylor Swift (it’s my scene, okay!) and after hours of laughing and her telling you that you are the coolest, the meal is over and now it is time to leave a tip.

You don’t want to be cheap but sometimes figuring out just how much to tip can be confusing (but not if you are Taylor Swift, I assume she does all things perfectly.) So here are a few pointers when it comes to figuring the right amount to leave when all is said and done.

When it comes to meals at a restaurant, those waiters worked hard to bring you your food so give them what they deserve. An average of 10 to 20 percent is a decent amount when it comes to leaving behind a tip.

So if your bill ended up being $25, just throw down another $5 for good measure. How about when it comes to having drinks with Beyonce? (again… my scene, back off) The age old rule is about 1 to 2 dollars per drink that you bought. Maybe to be more specific you could pay an extra $1 for beer and an extra $2 for the heavier liquor drinks.

Delivery tipping should be around 10%. They had to get in a car and drive all the way to your house so you could keep your pants off and stay on the couch – they deserve to be rewarded. For the fancier hotels that have bellman, the average rule is $1-$2 per bag. As well as roughly $4 per day when it comes to the maid service.

That is just asking for a big spit wad in your food next time you eat out. The more you learn, the more you know.

In this article:cash, cnn, eye opener, Guide, guidelines, how do i tip, how much, how much to tip, how to tip, jackie bender, money, Properly, Tip, tipping, tipping questions, tribune, us, Video, viral, what to tip