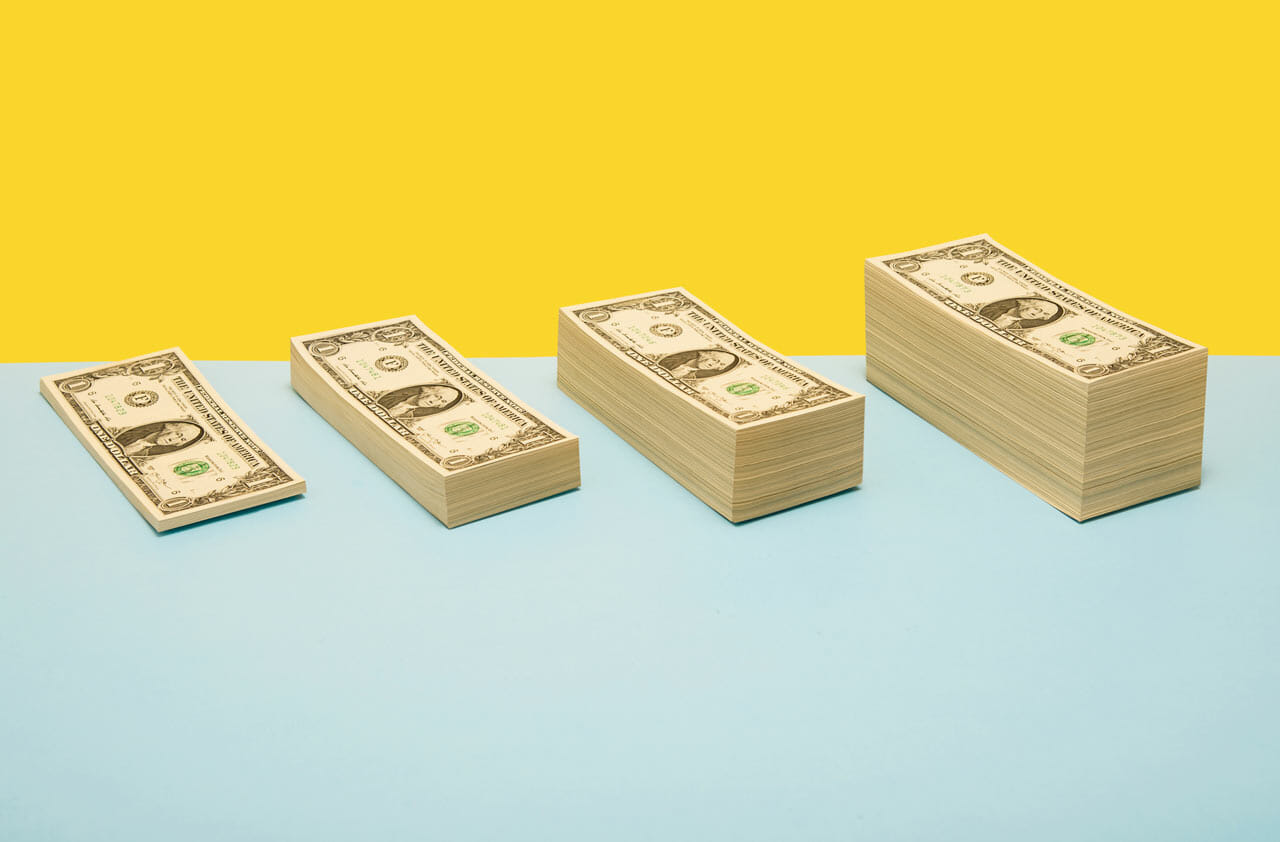 Stacking bills is a state of mind.

Saving money sounds really easy as a basic concept, right? All you have to do is not spend money. How hard can it be to not do something? The thing is, life often leans toward the unexpected in ways both big and small. Maybe you’re at work and everyone’s going to get a coffee, and you think “well, I wasn’t going to before, but sure, let’s buy a coffee.” Or, in a more extreme example, an important appliance or piece of furniture in your home is damaged and needs to be replaced. When you combine all of those big and little expenditures, your money seems to just vanish into thin air. What you need to train yourself to do is adopt a state of mind geared toward making money. I know that sounds hokey, but certain habits have been observed in those who are better at saving up.

Live within your means

Impulse purchasing is fun, I think we can all agree on that. Once in a while, it’s okay to splurge a bit on something silly if it makes you happy. But when I say “once in a while,” I mean a long while. The rest of the time, if you don’t need something, don’t buy it. If a purchase takes you outside of your regular budget and it isn’t an emergency, it’s going to have to go on the backburner.

Debt is pretty much unavoidable these days. Whether you’re going to school or buying a home, it’s almost a given that you’re going to owe someone money. That’s okay; the trick is not to take on any debt that won’t give you some kind of return later on. School, for example, is a great investment, because degrees (ideally) lead to better jobs. An example of debt you don’t need would be a brand new car in lieu of a used one or lease. If it’s something you need to take a loan out for, it better be something that will pay for itself down the road.

As nice as it is to have all of your money in one convenient place, you should probably go ahead and open a savings account. If you keep any extraneous money in a separate account from your usual one, you’ll be less tempted to spend it frivolously. When life takes a turn for the worst, you’ll be glad you have savings to draw from instead of your regular funds.

Think with your head, not your gut

Lurking around Amazon in the middle of the night is oddly fun, but in doing so, you’re setting yourself up for impulse buying. Money is a utility that you spend when you need to; one impulse purchase in a while is okay, but for the most part, you shouldn’t throw money away just because you’re bored. Also, if you’ve got an investment portfolio, don’t just make investments based on whatever sounds good. Do your research and monitor the market to make sure you pick what’s most likely to offer returns.