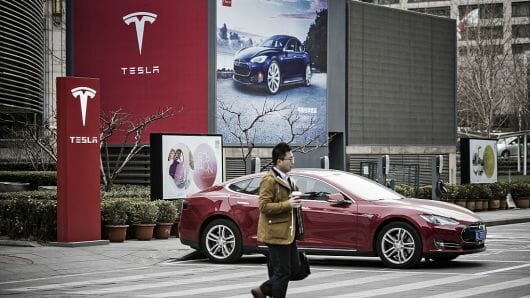 Tesla’s stocks have taken a 3% hit today following an announcement of slashed prices in China. The electric car company announced yesterday that the prices of its vehicles would be reduced in China in order to offset losses caused by President Trump’s tariffs. The Model X and Model S vehicles would have their prices reduced by 12-26%. “We are absorbing a significant part of the tariff to help make our cars more affordable for customers in China,” the company said in a statement to Reuters. This price cut is in stark contrast to the price hike in China about four months ago. Prices were increased 20% in response to the news that Beijing would retaliate against the President’s tariffs.

Tesla’s stock value has been bouncing around by the hundreds the last few months due to a variety of controversies and conquests. Value fell during the controversy surrounding Elon Musk and his subsequent stepping down from his position. Value rose after Tesla surpassed its third-quarter profit expectations, a notable rarity for many large companies this year.

The value of Tesla’s shares is currently hovering around $328 per.