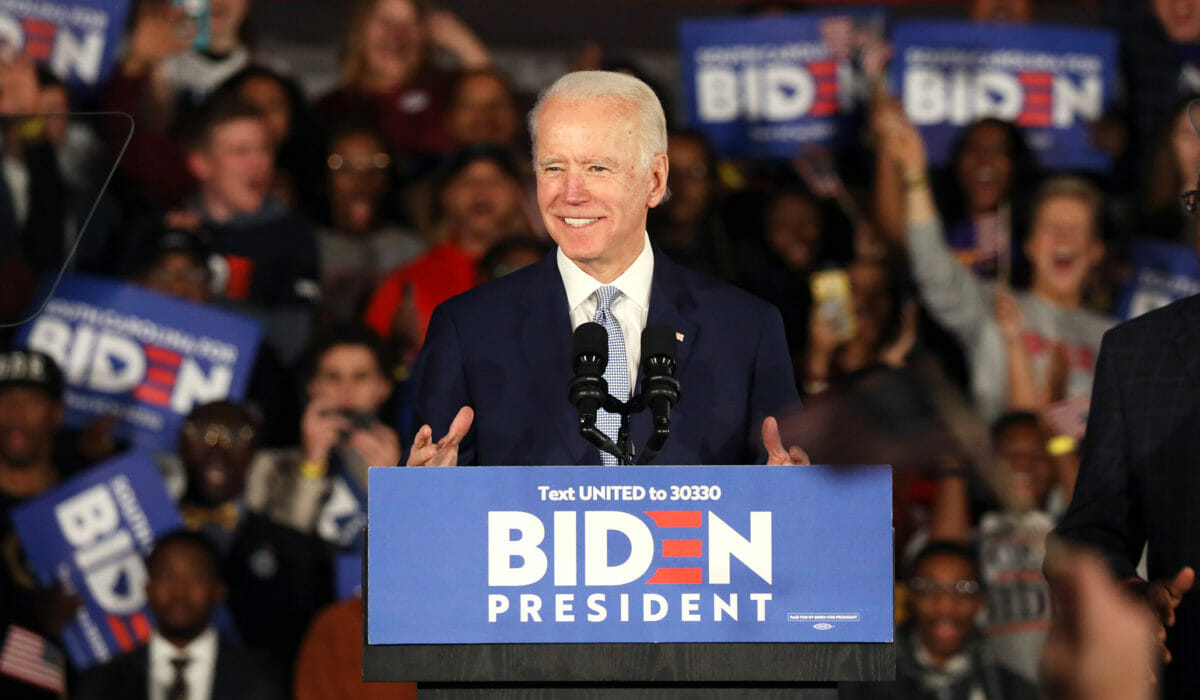 Super Tuesday fervor gave stocks a shot in the arm.

The national stock indexes haven’t been in the best place over the last week as coronavirus fears have drastically slowed the markets. However, an unexpected boost to healthcare stocks, and by extension the indexes, came on the heels of the Super Tuesday primary polls.

Former vice president and current democratic candidate Joe Biden swept the polls on Tuesday, claiming nine of the fifteen contested states. In response to this, healthcare stocks soared. The Health Care Select Sector SPDR ETF (XLV) rose 3%, UnitedHealth leaped 10%, and Centene jumped up 12.9%. These sudden boosts gave the indexes a bit of relief from the disease fears; the Dow rose 610 points, about 2.3%, while the S&P 500 and Nasdaq jumped 1.9% and 1.8%, respectively.

Biden’s triumph over fellow democratic candidate Sen. Bernie Sanders likely emboldened investors. Business analysts have not been subtle about their dislike of Sanders as a far-left candidate. President and chief investment strategist at Yardeni Research, Ed Yardeni, explained this disdain in a note to CNBC.

“Investors fear Bernie because he wants to cut off the head of capitalism by raising taxes significantly on the rich and using the funds to provide free everything to everybody else,” he explained. “Getting everything for free trumps freedom, according to Bernie. No wonder investors are reacting to him as though he is going to infect us all with the virus of socialism.”

Investors are similarly not fond of Sen. Elizabeth Warren due to her desires to break up large financial institutions and raise taxes. Josh Brown, CEO of Ritholtz Wealth Management, tweeted a prediction for the market in relation to Warren.

Stocks will be even more relieved at Warren’s coming concession as they are at Biden’s big showing.

Wall Streeters have always secretly been more afraid of her than anyone else given her domain expertise.