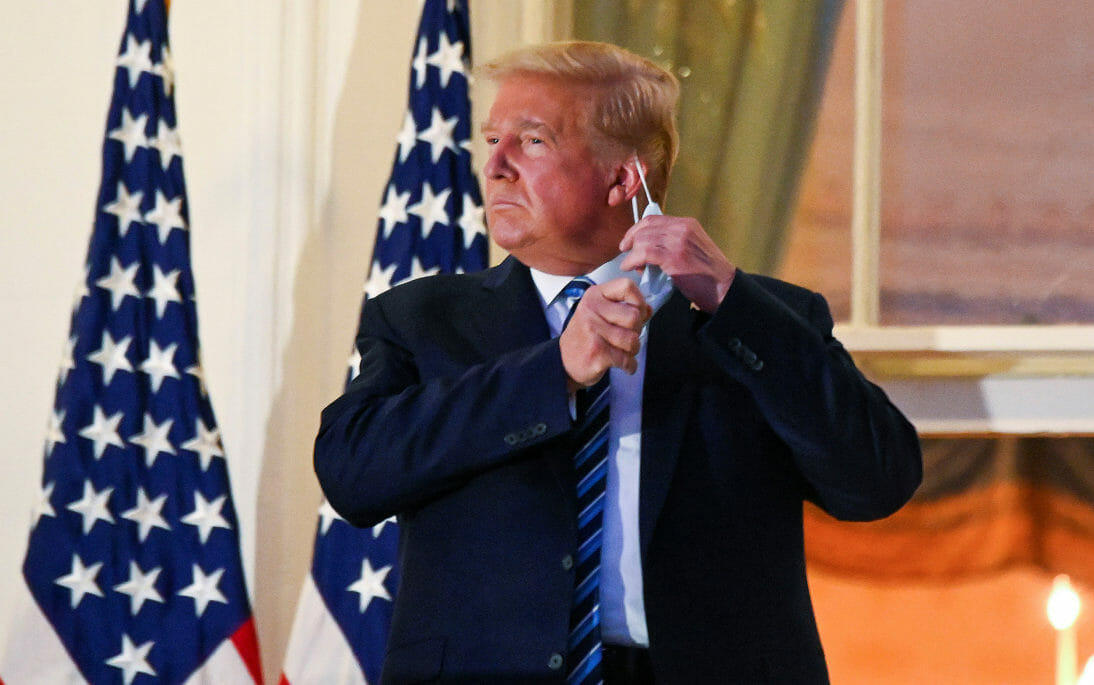 The President’s COVID diagnosis has caused stocks to fall and rebound in just several days.

When US President Donald Trump officially tested positive for COVID-19 last week and was flown by helicopter to Walter Reed Military Hospital, stock values dropped sharply. The Dow last about 135 points, while the S&P 500 dropped about 1%. However, after his weekend stay at the hospital, the President returned to the White House on Monday, claiming he felt better. As a result of this, the Dow shot up 466 points at the end of trading on Monday, the largest rise the index has seen since July.

Since the major increase on Monday, indexes have since evened out. Early trading this morning showed a small drop in the S&P, about 0.1%, and a small gain on the Dow and Nasdaq, about 0.2%. After the confusion of the President’s initial diagnosis and the suddenness of his return to office, investors are becoming somewhat frustrated, as it’s difficult for them to tell which direction the wind is flowing.

“President Trump’s illness and the unprecedented political rancor over the election may be too much for people to bear,” Mark Zandi, chief economist at Moody’s Analytics, wrote in a report Sunday. “If as a result they lose confidence in the recovery and pull back on their spending, investment and hiring, then the recovery will unravel.”

Following the President’s positive test, several conservative members of Congress have tested positive as well, many of which have been attributed to a large gathering at the White House Rose Garden intended to introduce Trump’s new nominee to the Supreme Court. With these senators out of action, the ability of Congress to pass a new much-needed stimulus bill has been called into question. With all Senate activity halted for the next two weeks by order of Majority Leader Mitch McConnell, it seems increasingly unlikely that a new deal will be penned before the November election.

If a new stimulus bill is not agreed upon soon, investor confidence may begin to dwindle once again.