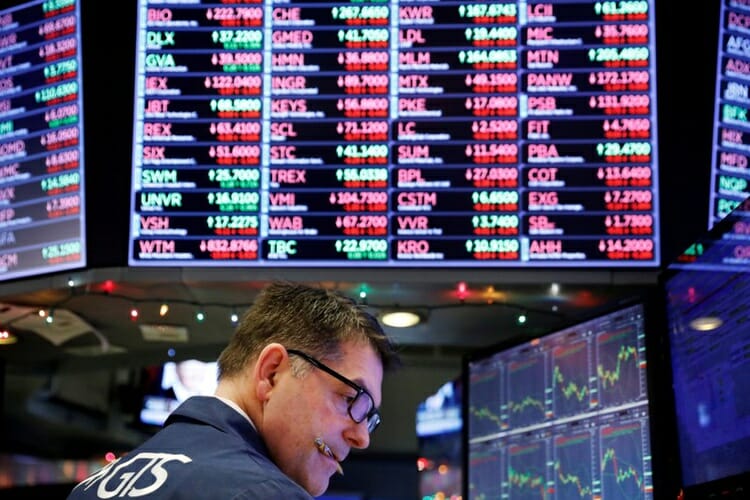 After the rough last couple of weeks reached a crescendo on Christmas Eve with a massive stock crash, things are starting look up, if only slightly.

The S&P 500 was teetering on the bear market once again, but thanks to the timely intervention of tech stocks led by Amazon, it was just barely pushed back from the brink. Amazon Inc. reported a “record-breaking” holiday sales season, and the good news caused their stock to jump 4.02 percent. That little shot of lifeblood pushed the consumer discretionary index .SPLRCD up 1.49 percent. The S&P managed to recover 1.04 percent; not out of the woods, but at least away from the edge.

Unfortunately, the market has not yet reached a point one would call stable. President Trump has spent days repeatedly laying the market problems at the feet of the Federal Reserve. The government also remains in its shutdown state for the fifth day in a row, with the President insisting it will remain as such until he receives funding for the southern border wall.

Opportunistic Trader founder Larry Benedict expressed his concerns to Reuters. “The market doesn’t look so healthy. The concerns are government shutdown, the economy, the President – what time is he going to tweet out about Federal Reserve. We’re seeing the same thing recently and it’s not really good. It opens up every day and it’s met by selling and it ends nearer the low or on the low than the high. For the market to make a bottom, you need a bit of capitulation or panic bottom.”