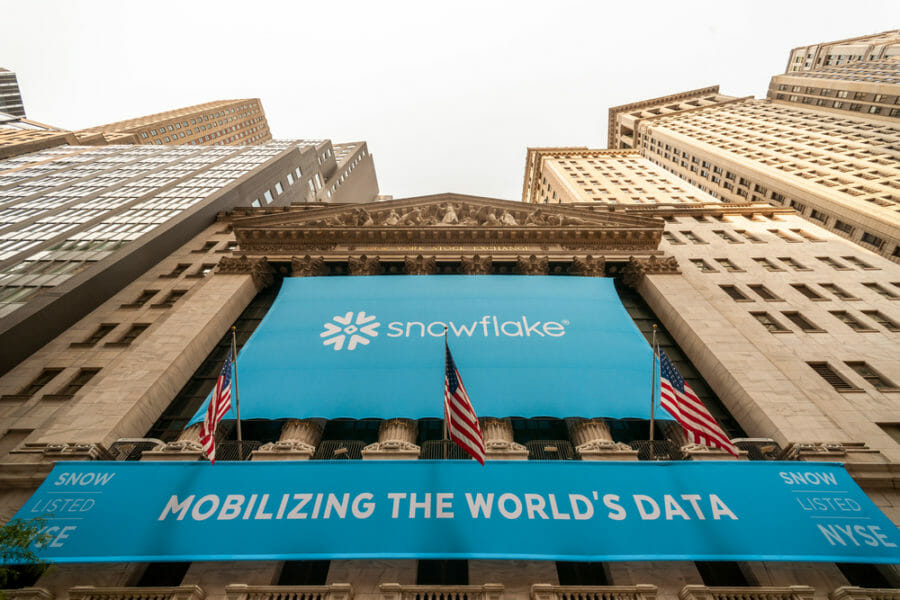 With some prolific backing, Snowflake made quite a scene at its initial offering.

Snowflake is a cloud data storage company that has been in business since 2012, stealth operating at first before formally going public in 2014. Back in August, it was announced that the company was finally going public this year, but what came as something of a surprise was the sudden commitment of two big names: Warren Buffet’s Berkshire Hathaway and Marc Benioff’s Salesforce. With such big names backing the company, the writing on the wall was clear to all investors: get in.

When Snowflake launched its IPO Tuesday night, the initial value was $120 a share, already a sign of things to come as that’s above the typical price of $100-110. Come Wednesday afternoon, share values had already more than doubled to $245 per, followed by a 150% increase to an even $300. At the end of the day, things settled down slightly to a no-less respectable 112% rise.

On their opening day, Snowflake successfully sold 28 million shares, raising a total of $3.4 billion. Snowflake is now the record holder for the largest software IPO in the history of the stock market, beating out the previous holder, VMWare, by over $2.4 billion in sales. In a single day, Snowflake’s value exceeded that of many familiar faces of the S&P 500, including Hershey and Allstate.

According to Snowflake’s most recent regulatory filings, they currently serve at least 3,100 customers, double the number they had this time last year. At least 146 of these customers are Fortune 500 companies. Snowflake is technically not profitable yet, but with recurring sales on the rise and the large injection of cash and value from the IPO, it is likely only a matter of time before they’re in the black and beyond.