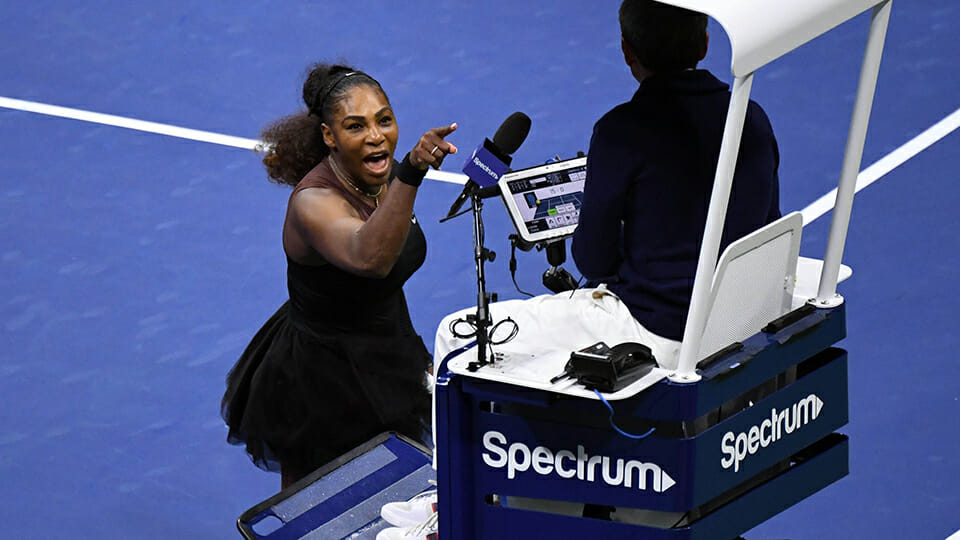 It’s a rare occasion when we talk about sports on WiseDime, but whenever there’s a connection to money, we feel obligated to cover it. If you haven’t been following tennis recently, you may not know that the U.S. Open caused quite a fiasco when Serena Williams faced off against her opponent, Naomi Osaka. Williams, who is arguably one of the most successful and powerful athletes in U.S. history, felt she was being treated unfairly by one of the referees. Her remarks about the situation amidst the game left her with a $17,000 fine.

While that might seem like a minuscule number to an all-star athlete, its concerning that such a fine could be stacked against a well-respected athlete. During the match, Williams was accused of being “coached” from the sidelines. This call ultimately cost her a point in the match and Williams ended up losing the tournament.

Upon being accused of cheating, Williams (rightfully) voiced her opinion to the referee, calling him a “thief” and demanding an apology. She cited sexism for being the main cause of the bogus call, as she argued with the referee that male athletes have called referees much worse and have not gotten punishments.

During the game, Williams ended up smashing her racket, which tacked even more money onto the already gross fine. But the main question to come from this situation is this: Do female athletes get treated unfairly in sports? And while this one situation will not provide a decisive answer, Williams’ sister, Venus, had a similar encounter with the same referee before.

To close this article, I just want to reiterate the fact that this issue is not only prominent for women athletes, but for women all over the workforce. Inequality and sexism not only cost Williams $17,000, but also the first place spot in the U.S. Open. Something has got to change.