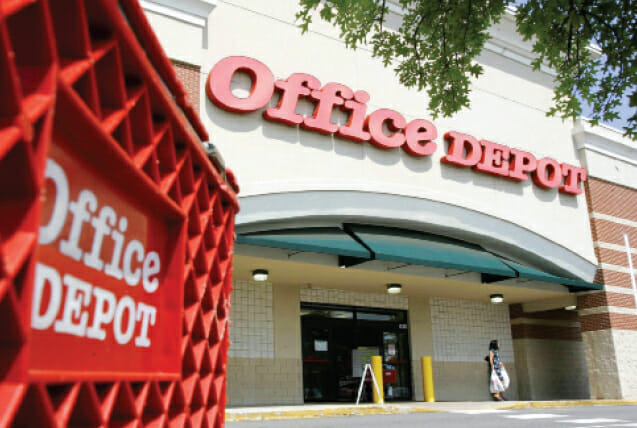 Office supply retail chain Office Depot has beaten its third quarter profit projections by ten percent. The stock market has responded in kind, with the chain opening this morning at $3.13 per share, a 13.82% boost. According to Office Depot’s report, they have earned $2.89 billion for the third quarter, a .03 billion jump from the consensus estimate, and a .27 billion jump from profits at this time last year.

During a conference call with Wall Street analysts, Office Depot CEO Gerry Smith talked up the company’s current strategy of shifting from general office supplies to business services. “We’ve strengthened our core this year. It’s sustainable earnings, which are important,” Smith said. “I’ve always said we have to get the sales engine working first.” Office Depot’s retail sales were struggling recently due to multiple store closures and a change in revenue recognition standard, but those losses were recouped thanks to business contracts with the US government and independent businesses. The business relations department of the company, which focuses on both physical sales and e-commerce, has contributed the lion’s share to what Gerry has called “the best quarter in over a decade.”