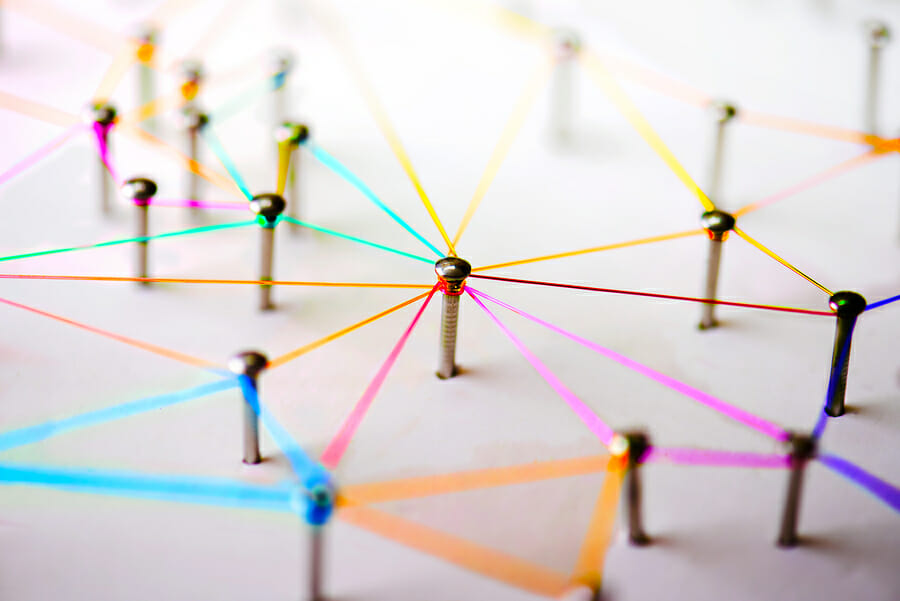 No man is an island, personally or professionally.

Have you ever played Six Degrees of Kevin Bacon? This isn’t really a thing anymore, but back in the early 2000s, you could connect just about anyone in the entertainment industry to Kevin Bacon within six moves. It just sort of happened, no one really knew why. Even people who weren’t around at that time could be connected. Elvis Presley was in Change of Habit with Ed Asner, Ed Asner was in JFK with Kevin Bacon. Two degrees of Kevin Bacon.

The reason I bring this up is to stress that connections are an extremely powerful element in any full-fledged career. Maybe you won’t get all the way to Kevin Bacon, but knowing the right people can open the most unexpected doors. You don’t have to be super best friends forever with everyone; just getting your name into people’s heads can give you an in.

Let’s say you work in, I dunno, accounting. You meet another business person, exchange pleasantries, connect on LinkedIn, and that’s it. Are they looking for an accountant? No. But then a couple of weeks later, an associate of theirs tells them “I need an accountant, do you know anyone?” And as it so happens, they do: they know you. This is just one example of how career opportunities can come about from connections.

In the modern world (and the pandemic-isolation world), the best way to make connections, rather than going around gladhanding with people, is to go through LinkedIn. Connecting on LinkedIn is sort of like making friends on any other social media platform; you find someone you think is cool, you send them a connection invite, and if they like you, they’ll accept it. If there’s a particular company you want to work with, it wouldn’t hurt to send a request to that company’s CEO, or at least someone prolific within it. Keep it casual, establish yourself. You’re not overtly looking for a job, you just want to reach out and connect. Having lots of connections with prolific people, in addition to presenting possible networking opportunities, also makes you look more prolific by association, which hiring managers love to see.

Once you have your network established, don’t be surprised if hiring companies are suddenly a little more eager to give you the time of day. That’s what connecting does for you.