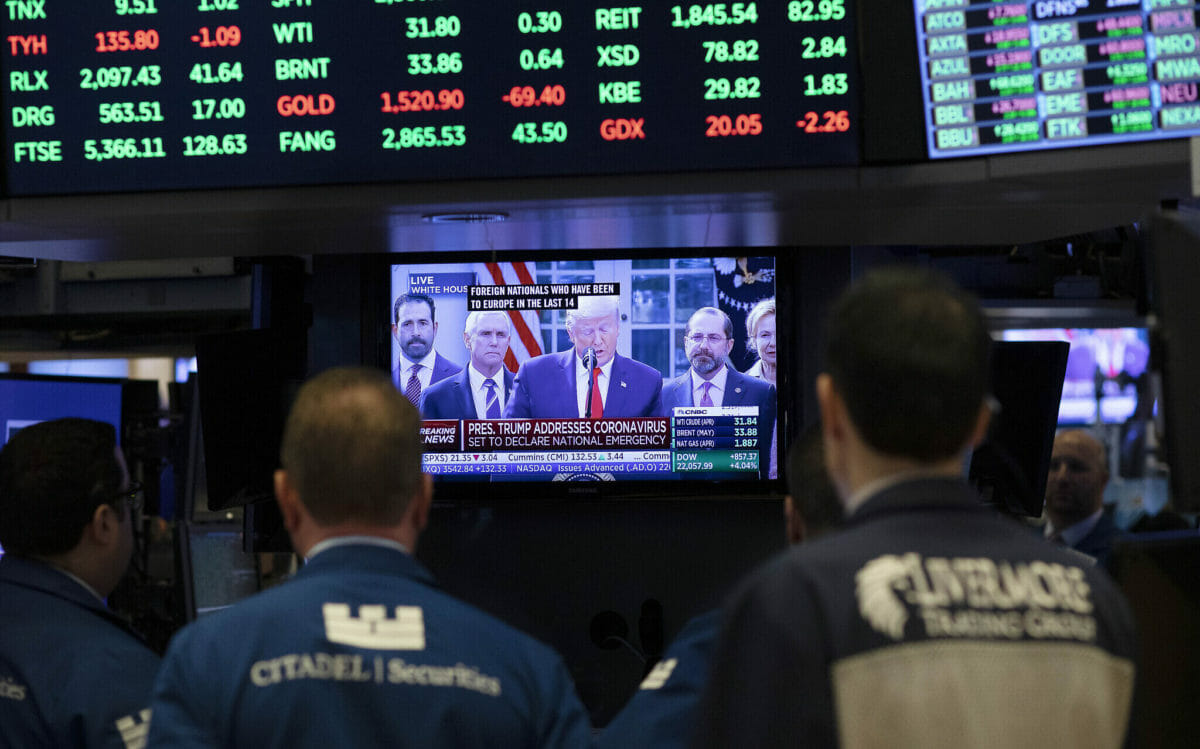 The market is clawing its way back after Monday’s record-setting drop.

In the wake of the coronavirus, now officially a pandemic, Monday saw a stock crash the likes of which have not been seen since “Black Monday,” a crash that occurred back in 1987. The Dow lost nearly 3,000 points, a 13% drop-off, setting a new record for the biggest stock market crash in American history (and breaking previous records set in the last few weeks).

As dire as the situation is, the market is not out of the game just yet. On Tuesday morning, the Dow managed to recover slightly, opening up at 400 points and picking up an additional 200 points during late-morning trading. The S&P 500 also managed a minor gain of 2.7%.

It’s a tumultuous time for business. As US citizens isolate themselves from the pandemic, businesses are taking blow after blow to multiple sectors as their customer base dwindles. Airlines, restaurants, and movie theaters in particular have been hit especially hard as people try to maintain distance from one another, and the specter of recession now looms over the US economy. The Federal Reserve has enacted massive slashes, with interest rates nearing zero, in a desperate bid to keep the banking system afloat.

On the other end of the conflict, rumors of a specialized stimulus package from the Trump administration are what gave the market a shot in the arm on Tuesday. The White House is expected to deploy an $850 billion package to ease the coronavirus’s burden on the US economy, with $50 billion of that package set aside specifically for the airline industry.