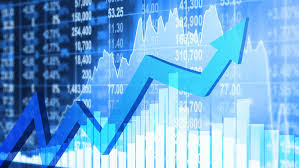 Wall Street better watch out because they can’t even predict the new heights that Google’s parent company, Alphabet, could make in their latest Q2 earnings report. Market shares in Alphabet have reached an all-time high for the company, as Google’s ad sales rose almost 25 percent as compared to 2017. Their total earnings for quarter 2 were $32.7 billion, which is impressive considering Google was just hit with a $5 billion fine from the EU.

After factoring in partner payouts, their sales still made for an impressive $26.24 billion, while their expected revenue was targeted at $25.55 billion by professional stock analysts. For each individual share, Alphabet’s final post adjustment rate was $10.58 earnings per share, which is a whole dollar more than analysts were anticipating.

What’s most impressive about this news is that Google’s spending is down more than most people predicted it would be. As a company who gets most of their money through ad-based revenue, the company has finally “reined in costs” according to market analyst Ken Odeluga. It will be interesting to see if their earnings will continue to rise in quarter 3, or if this all time high is bound to crash sometime soon.