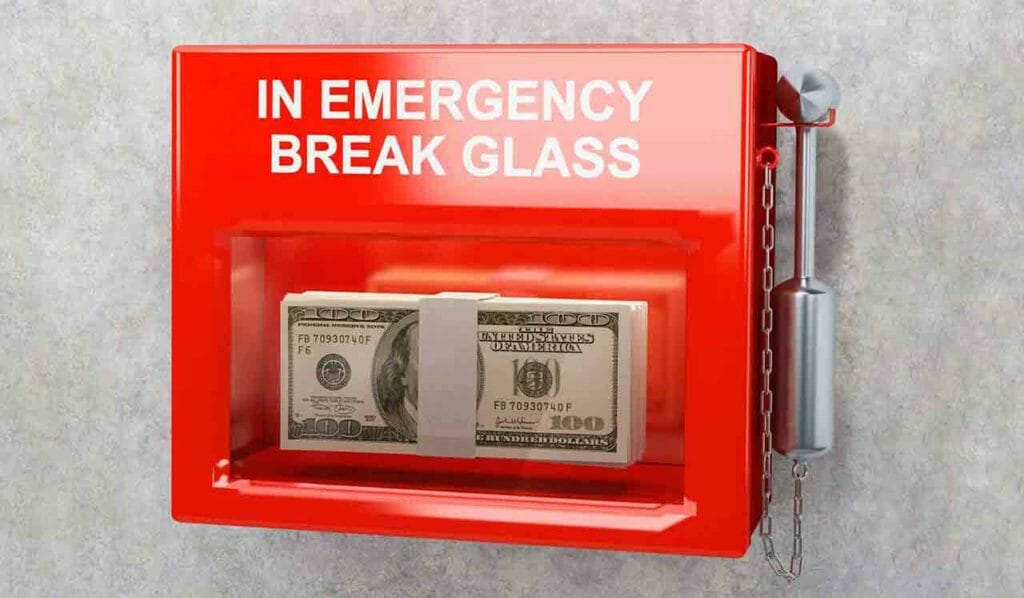 It’s been said many times before, especially on this site, but life has a tendency to be unpredictable. You’d think walking by a construction site and having a hammer fall on your foot would be something that only happens in cartoons, but bizarre incidents like that do happen sometimes, and when they do, you need to foot the bill (pun unintended). It can be disheartening to lose a large wad of cash to something out of your control, but that’s why it’s important to have an emergency fund.

If you have an emergency fund, then when life throws shenanigans in your face, you can take care of them without having to burn your regular income, or worse, go into debt paying back mandatory loans. According to Charles Schwab’s 2019 Modern Wealth survey, 62% of Americans don’t have an emergency fund of any kind. That’s not something you want to be part of the majority for.

The question is, though, where does an emergency fund come from? Well, saving money, of course, but how do you save enough money to effectively serve as an emergency fund? It depends on your situation. If you’re prone to injury and work an unstable job, you probably can’t afford to set money aside en masse. It won’t be fun, but if you really want that emergency fund, you might need to make some sacrifices, at least for a little while. Buy cheaper brands, eat out less, cut down on impulse spending. If you can get a fund between a few hundred and a couple thousand going, you’re off to a good start. Who knows, you may even uncover some things you can trim out of your expenses for good, which means more money to the fund even after you stop with the sacrifices.

Whatever you have to do to get that money squared away, it’s definitely worth doing. Don’t let yourself caught up in life’s whimsical moments, or else you’ll be stuck in a hospital with a bill for a broken foot you can’t pay.