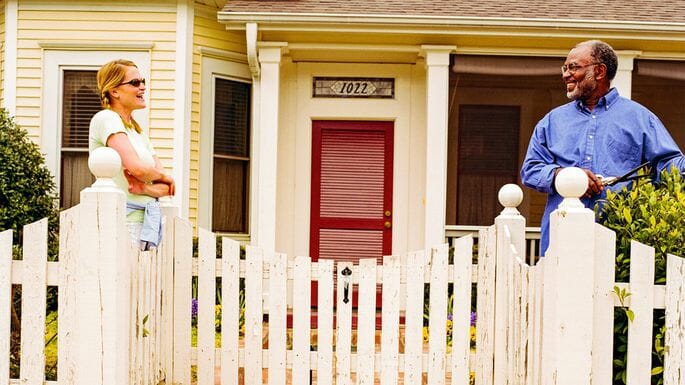 Nothing like neighborly competition to spur the economy forward.

Do you love, or even like your neighbors? If you’re not so friendly with most of your neighbors, you’re far from alone. At the same time, if you’re like many Americans, you are certainly not alone in being jealous of and even trying to one-up your neighbors.

During the summer, there are many different ways in which you can improve your home, but how many of those improvements are really for your own enjoyment? A recent study by Wilsonart, a home goods manufacturer, revealed that a third of home improvements are put together to keep up with a friend, family member, or neighbor. The average amount of money spent on each improvement built to keep up with a neighbor is $3500. So, it’s pretty normal to want to impress or feel accepted by your neighbors, but it’s how far you go that matters. Inside the same study, it was revealed that 42% of people say there’s still a competition with neighbors over who has the nicest house on the street.

In this article:lendingtree, neighbors, studies, surveys