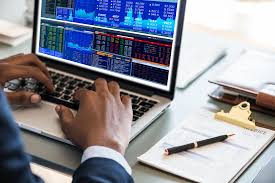 China’s recently released trade numbers are sending investors running. Stocks around the world are losing ground on the first trading day of the week.

China’s trade figures showed a surprising decline in exports since last year. Global demand has been on the decline, putting the country in a tough spot. The pain is being felt around the world, however, as Apple, Samsung, Jaguar, and Land Rover have already reported that their businesses have been hit by the slowdown. They have also forced China to reduce their GDP forecast going into 2019. Furthermore, China’s stock market indices performed worse than those of any other major economy in 2018, losing almost a fourth of their value.

China’s economy has been slowing in recent years, but this last year has hit the world’s second largest economy hard. Until recently, this has had a relatively small impact on the rest of the world due to the country’s strict controls and lack of integration with global markets. However, now that China’s recent slowdown has moved from capital markets into the greater economy, the global impact is expected to be much greater. While the worst hasn’t come yet, these events among others are raising concerns over China’s financial distress.