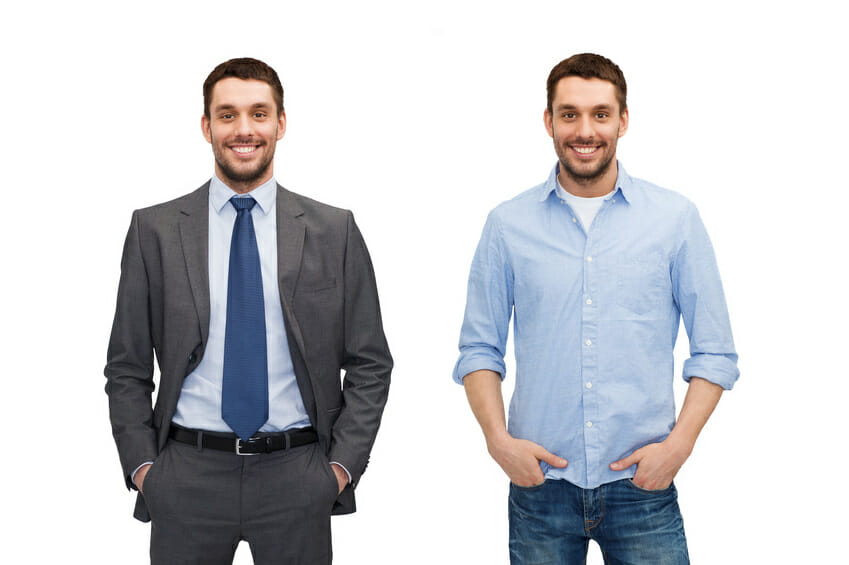 It’s no secret that business casual has taken office spaces by storm, and the way we dress for work may never be the same again.

There isn’t really any universally defined “business” attire anymore. If you look at the hottest industry today, the tech industry, you will see the most dressed-down workplaces in America today.

Just a few decades ago, business attire was effectively uniform. Men wore three-piece suits, 50% of which were double-breasted before World War II, and women wore dresses that rose just above the ankle, and they dressed up or down through their choice in gloves, hats, bags, and shoes. Now, we have the phenomenon of “business casual,” a term that becomes more loosely-defined as time goes on. Would you ever consider a t-shirt a part of a business casual wardrobe? Most wouldn’t, but many now would.

While the entirety of the white-collar workforce used to follow the same dress code, the conformity of the past now appears long gone. What has replaced it is something which is harder to define. If you work in big tech, maybe you can pass off a nice t-shirt and a pair of jeans off as business casual. Many lawyers wear rather relaxed attire at their office, but they always have a clean suit nearby in case they need to go to court or meet a client. If you fall somewhere in between, you can pull off business casual with a mix of casual street wear and a few nice, formal touches.

When “business casual” was first uttered, it referred to khaki pants, nice shoes, and buttoned-down collared shirts. Now, the term can take on different meanings depending on where you work. It’s now on you to make note of what’s appropriate at any given workplace, but common sense should do most of the work for you.