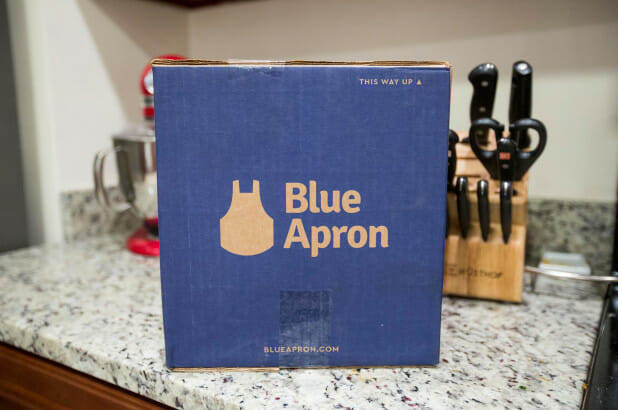 Meal kit delivery service Blue Apron has officially landed on hard times. As of the closing bell on Tuesday, Blue Apron’s stock value had dropped 11.9 percent, ending the day at a per share value of only 90 cents. That’s right; Blue Apron is now a penny stock.

This is the first time the company’s stock has dropped below a dollar since it went public a year and a half ago. According to the New York Post, Blue Apron’s co-founder Matt Salzberg, as well as the company’s chief financial officer, were discovered to have dumped some of their own shares in a security filing. A spokesperson from Blue Apron insisted that this dump was “automatically triggered for tax related purposes and not a reflection of any change in his perception of the company.” Regardless of intent, however, investors saw it as a warning sign.

Last month, Blue Apron announced its intent to lay off four percent of its workforce as part of an effort to focus its efforts “on serving the needs of its best customers.” However, if they don’t turn things around soon, they may have to lay off more than just four percent. Worst case scenario, the NYSE may call for Blue Apron’s delisting if it can’t get out of the penny market in the next month.