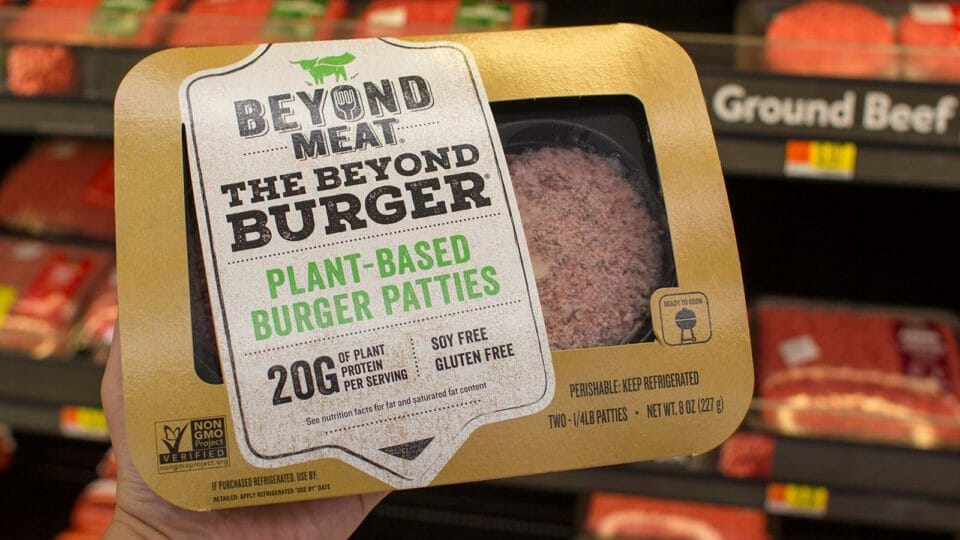 Plant-based meat is a tempting alternative in the face of processing plant closures.

Over the last several weeks, multiple meat processing plants owned by major meat corporations like Tyson and Perdue have been forced to close as the COVID-19 pandemic has taken their workers and disrupted their supply lines. Tyson even went as far as warning that “the food supply chain is breaking” in a Sunday advertisement published in The New York Times, Washington Post and Arkansas Democrat-Gazette.

Production of all major consumer meats, including beef, poultry, and pork, have slowed, and the chance of a country-wide meat shortage has become a possibility. In reaction to this, investors have turned their attention to the obvious alternative: plant-based meat. One of the leaders in the plant-based meat sector, Beyond Meat, saw its stocks leap by 40% last week, plus an additional 4% at the opening of trading this morning. Beyond Meat’s production involves more automation than typical meat processing, which means it is less vulnerable to worker shortages caused by the pandemic.

In addition to meat shortage fears, another factor boosting Beyond Meat’s profitability is its entry into Chinese markets. China, which is gradually recovering from its initial pandemic lockdown, could benefit greatly from a reliable source of plant-based meat. Restaurant chains are already getting into the details; Starbucks recently announced that its Chinese menu would be receiving three new items containing Beyond Meat: pesto pasta, lasagna, and spicy wraps.

Despite the boosts, however, Beyond Meat has been struggling in the last year. Stocks are currently down 50% from their value right after the company’s IPO, and competition, both from its chief rival Impossible Foods and several major brands like Nestle and Kellogg, has been fierce.