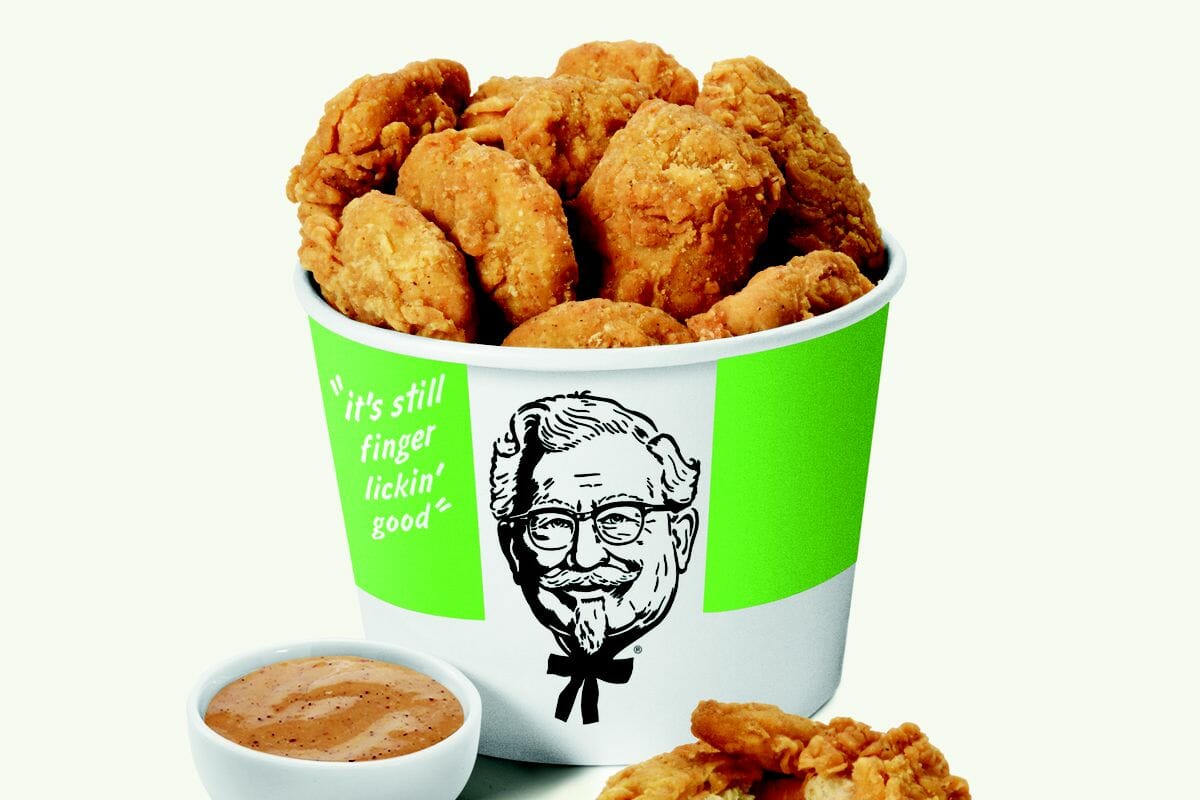 Beyond Meat will be working with KFC to provide a meatless substitute for the company’s legendary fried chicken.

Shares in Beyond Meat are up on the news that the company is going to be working with KFC for meatless fried chicken. Beyond Meat founder and CEO Ethan Brown released a statement saying, “KFC is an iconic part of American culture and a brand that I, like so many consumers, grew up with. To be able to bring Beyond Fried Chicken, in all of its KFC inspired deliciousness to market, speaks to our collective ability to meet the consumer where they are and accompany them on their journey. My only regret is not being able to see the legendary Colonel himself enjoy this important moment.”

Before you get too excited, the partnership will be tested out in the Atlanta area. The test will be conducted at a single KFC location in Smyrna, Georgia starting on August 27th. Meatless nuggets and boneless wings will be available at the location for a lower rate than you’d get out of these meals’ meat-filled counterparts. Neither of the two companies released the calorie counts for these new meals, but we know that Beyond Meat’s chicken substitute is made from 20 ingredients, the main ingredient being pea protein, which replaces the protein you’d ingest eating regular meats. Right off the bat, both companies’ stocks have reacted positively to this news.

In this article:alternative meats, beyond fried chicken, beyond meat, kfc, shares