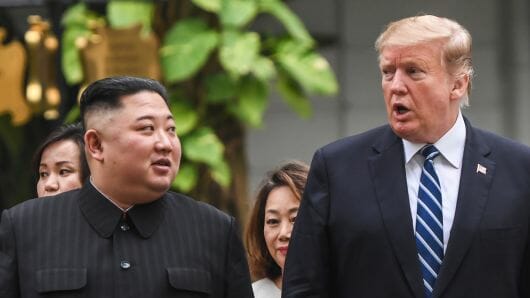 An early end to talks between the United States and North Korea stirred negative feelings as Asian stock prices fell early Thursday. The White House announced that Kim Jong Un and President Donald Trump had not reached an agreement after two days of meetings. They did, however, have constructive conversations about denuclearizing.

While few market analysts expected President Trump and Kim Jong Un to reach a definitive agreement, the market is currently reacting to headlines. The White House has not commented on whether the “joint signing ceremony” would be officially cancelled.

Present Trump left Hanoi, Vietnam, over two hours ahead of schedule. He said that the next meeting with the North Korean leader may not take place for a long time. The ultimate goal was to come to an agreement that included a denuclearized North Korea. President Trump insists that the two countries made significant progress, but he wants to wait for the right deal.

In this article:asian stocks, investment, korea, stock market, us stocks