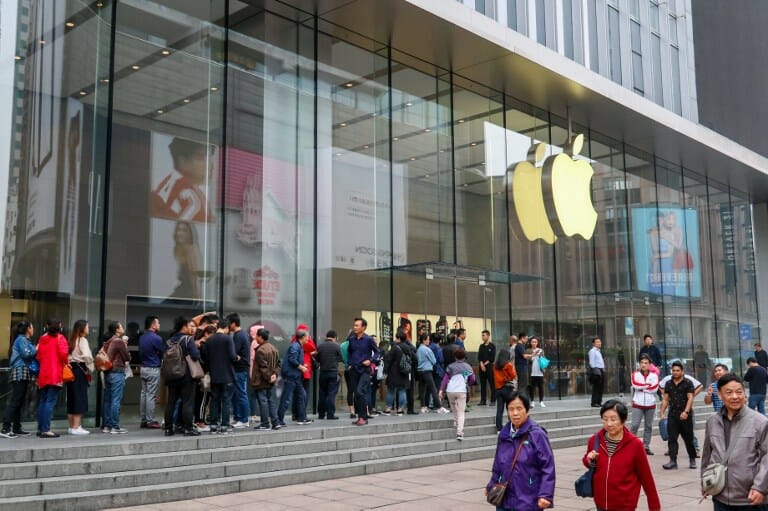 Apple saw its shares tumble a nasty 10 percent today after releasing a statement on the state of their revenue. The company blamed a recent trend of low profits on diminishing demand for Apple products in China.

This revenue warning is the first one the company has experienced in 12 years, and the rippling effect it has had on the rest of the market has not been minor. US-based producers of computer chips and parts, Cirrus Logic Inc, Skyworks Solutions Inc, and Analog Devices all saw their stock tumble alongside Apple’s. A selloff of Apple stock also ensued, dragging value down and setting the stock up for its largest single-day percentage loss in six years.

Apple analyst Gene Munster said that he was expecting Apple to experiencing a revenue miss at some point. He was not, however, expecting the miss to be as massive as it was. “It’s understandable that investors are piecing together what went wrong and its impact on the business longer-term,” he said. Back in November, CFO Tim Cook said that he would not put China in the category of countries in which Apple has had troubled growth. Since Cook made that statement, Apple’s stock has fallen approximately 30 percent across the board.