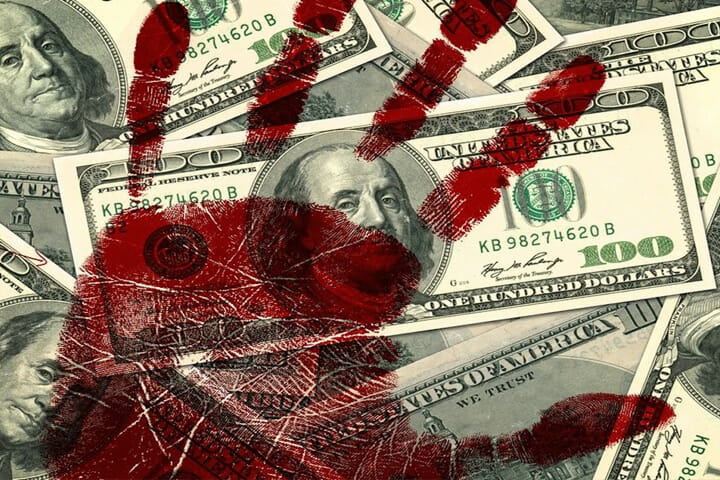 Bankers aren’t too popular these days, but causing the credit crunch is just one of the many reprehensible things they’ve done. Forcing people from their homes, destroying the rainforest and financing the arms trade all feature in 10 Unethical Things Banks Do With Your Money. So, are you curious to know what the bank is doing with you money?

10) Financing Land-Grabbing Companies: The National Australia Bank lent $200m to a palm oil company linked to land-grabbing. The company illegally cleared land with fire and took land from indigenous tribes with no consent.

9) Racist Lending Policies: Evans Bank was accused of refusing loans for homes in areas with large black populations. The entire town of Buffalo, NY- home to 75% of the city’s black population- was redlined.

8) Transaction Re-ordering: Banks rearrange transaction times to maximize the number that will trigger an overdraft. Large payments are moved to earlier in the day, meaning smaller payments will lead to overdraft charges.

6) Foreclosure Abuses: In 2010 US banks were caught approving foreclosures without assessing paperwork. 3.8m homes were falsely foreclosed, driving thousands of families into homelessness.